The Rigsby family built the first Norman church sometime prior to 1086. It is believed to have been the first church of Alford and Rigsby, most probably Saxon, sequestrated by William the Conqueror and as with much of the area, given to Bishop Odo of Bayeux (his half brother). The Norman church, a chalk walled and thatched roof structure, built by Herbert, was converted to a Chapelry by Robert de Welle in 1195. Later it was given to the Gilbertine Priory of St Catherine by Gilbert of Rigsby in whose hands it remained for 300 years. The inner portions of the doorway and the arch between the Nave and Vestry are remnants of the original Norman building. The Registrar dates from 1686.

The present building, designed by James Fowler of Louth was erected in 1863 at a cost of £685. All the labourers in the parish contributed a week's wages. The inner portions of the doorway, parts of the West front and the arch from the nave to the vestry are remnants of the original Norman building. The small tower contains one bell but this is too fragile to be rung

The stained glass catherine wheel window in the West front was given by Lady Mary Nisbet-Hamilton. Those in the Chancel are in memory of Mrs. Mary Higgins, wife of John Higgins of Alford who died in Jan 1862 They represent: The Good Shepherd - The Ascension - The True Vine. The stained glass window in the Apse is in memory of Annie who died in August 1863, aged 16, the youngest daughter of the late Dr. Robert Uvedale West of Alford and his wife Mary The Sword and Helmet were discovered in a tomb (unidentified) in the Churchyard ( White’s Directory 1872) but are not now considered to be of Roman origin as thought then, more probably date from the 15th century. The octagonal font dates from 1350-1500. The parish population in 1872 was 96 souls, in 1922 was 72, and by 2000 had reduced to 16.

Amongst the non-residents of the parish buried in the Rigsby Churchyard, are the various Vicars of Alford : William Willoughby (1792), John Henry Jowitt (1882) William Henry Higgns (1910), and of Saleby : Felix Laurent (1878); the Higgin’s and Botham family vaults, Sir Walter Lancelot Travers, Knight G.I.E., O.B.E.( 1937), and Mrs Euphemia Oldrid, (1865), wife of the Rev 1 H Oldrid and sister to the eminent Victorian architect, Sir Gilbert Scott.

St James is ideal for private candle lit weddings. On average there are 2 or 3 weddings per decade, so a very select group should you decide to get married in Rigsby.

Images supplied by KKG Photography http://www.kkgphotography.org.uk and with thanks to Gil and Rob for letting us share these images of their big day at Rigsby

As of August 2020 the church is no longer open to visitors or offering services, as the steeple has been identified as being in a state of danger.


More photos of the church are available on Geograph.org
Click to make a reservation enquiry now

Really enjoyed a lovely peaceful and relaxing holiday in your comfortable and cosy cottage. Many lovely walks right from the door - Perfect!!!

Had a lovely weekend at Owl Cottage. Very relaxing and Barbara is such a nice host! Thanks very much for accomodating us!

A very big thank you for a well stocked, clean & comfy cottage, everything here we need and Barbara and Bill very helpful and friendly top marks! Lovely rural setting, but only minutes from the coast. 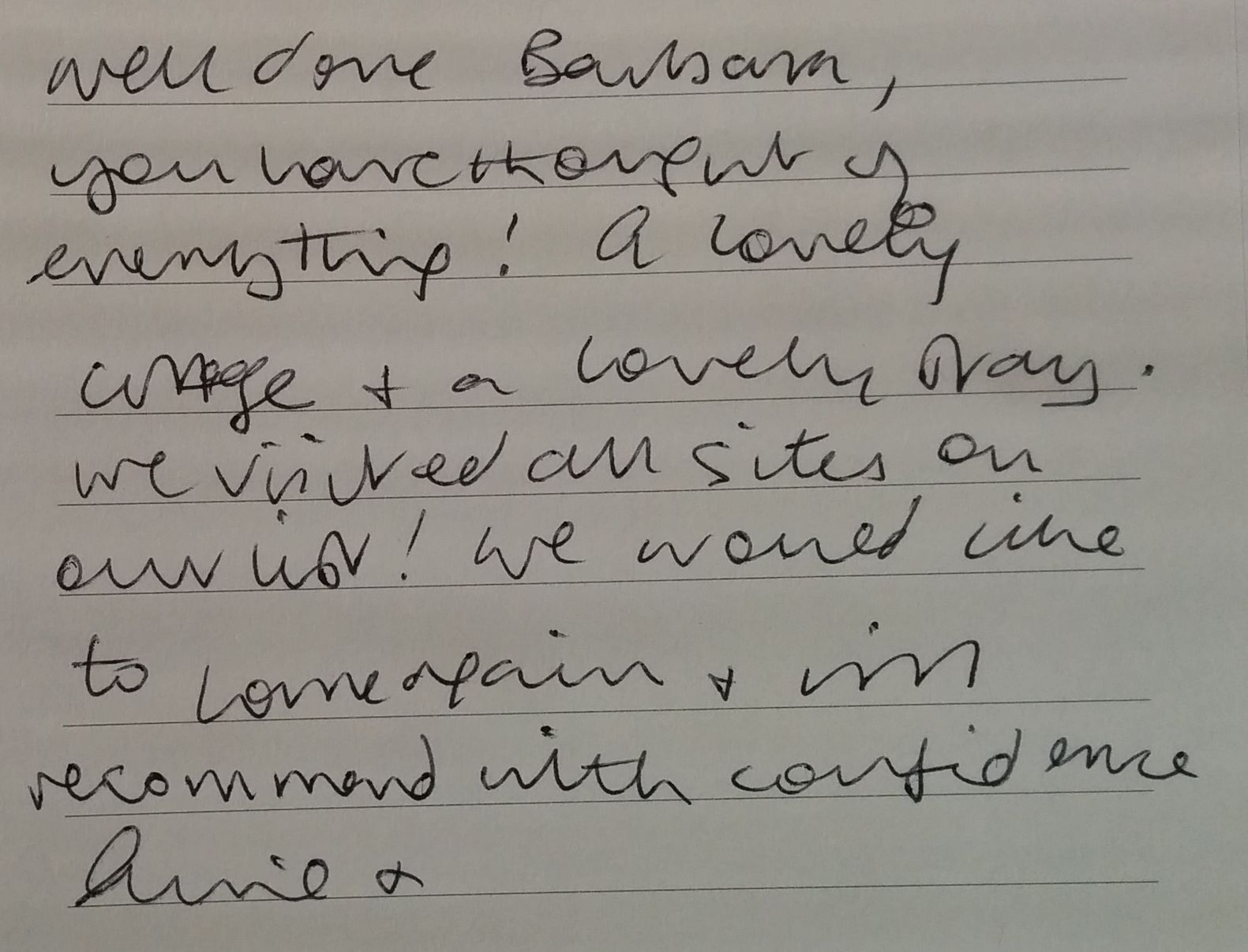 Well done Barbara you have thought of everything! A lovely cottage and a lovely stay. We visited all sites on our list! We would like to come again and I’d recommend with confidence 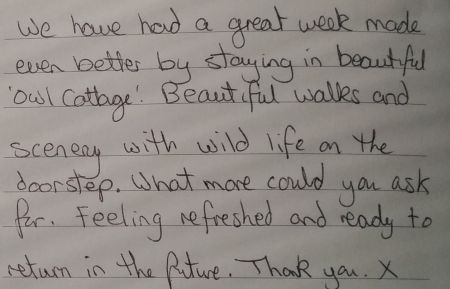 We have had a great week even better by staying in beautiful Owl Cottage. Beautiful walks and scenery with wild life on the doorstep. What more could you ask for. Feeling refreshed and ready to return in the future. Thank you X